Fifty years ago, hospitals ran on tongue depressors and surgical masks. Today, they run on data. Considering the number of networks, connected devices and data-rich applications now integral to patient care, is it any wonder hospital systems are at the center of an optical telecom renaissance?

And it’s not just hospitals. Many of today’s biggest investments in hotels, casinos, high-rise buildings and college campuses are earmarked for optical networking technology.

Consumers want fast access to cellular service, on-demand video streaming and a bevy of personalized applications. And all that voice data- Internet convergence takes bandwidth—a lot of it.

Hence, more businesses are turning to fiber optics, with its virtually unlimited bandwidth potential and easy-to-install, lightweight composition.
But—haven’t we tried this before?

What a Difference a Decade Makes

In the late ‘90s, carriers invested close to $100 billion in a nationwide fiber optic infrastructure. In 2000, nearly 20 million miles of optical fiber was installed in the U.S. Upstart telecom carriers—the “fiber barons”—came out of the woodwork to feed an explosion of dot-com demand.

Everyday businesses were asked to make an investment too.

Connecting an office building to this fiber infrastructure meant simply running fiber cables vertically, from floor to floor. But getting fiber in the horizontal (from the vertical to the desk) meant converting inventories of legacy hardware. And that required swapping hundreds— sometimes thousands—of RJ-45 ports on desktop computers with optical ports.

The cost-benefit equation didn’t add up for most companies. For less money, they could tackle their bandwidth problems by running additional lines of Cat 5 or Cat 6 Copper.

But the day has come when that’s no longer costeffective, and space is limiting these additional copper runs.

Look inside a modern telecom closet and you’ll see, the equipment plugged into dozens of copper-based network connectors which has

increased the size of the average closet by a factor of three—meaning three times the space, energy use and HVAC costs.

Even if installers could continue adding copper indefinitely, it is a wasteful way to satisfy the nation’s appetite for data, which according to Cisco’s latest Visual Networking Index (VNI) forecast, has barely been whetted. (One figure suggests a busy hour of North American Internet activity will reach 259 terabytes per second in 2017, the equivalent of 215,650,000 people streaming high-definition video simultaneously.) To meet that kind of growth, businesses will be ripping and replacing their copper cables every two years—a never-ending capital expenditure. And it’s worth mentioning that copper is heavy and cumbersome to install.

"In the late ‘90s, carriers invested close to $100 billion in a nationwide fiber optic infrastructure. In 2000, nearly 20 million miles of optical fiber was installed in the U.S."

Fiber, on the other hand, is stronger, lighter, more flexible and easier to pull. And thanks to advances in pre-terminated fiber cabling, optical installations are efficiently designed and cost-efficient.

Fiber to the Edge

But what of those expensive hardware conversions that derailed fiber in the horizontal over a decade ago?

Combine the decline in wired connectivity with the rise of mobile smart devices (more than half a billion new mobile devices and connections in 2013) and Bring-Your-Own-Device policies (according to Gartner, 38 percent of global companies will stop providing devices to workers by 2017), and the “tethered” office— beholden to RJ-45 port conversions—disappears.

With fewer LAN ports and desktop connections, the cost benefit of converting to fiber in the horizontal is suddenly quite appealing.

Furthermore, the copper-based Ethernet links left unconverted in horizontal networks are far from benign. Unlike fiber, copper Ethernet is susceptible to Electromagnetic Interference (EMI) that can corrupt, degrade or even derail data transmission. So businesses are using fiber-optic converters to interconnect copper-Ethernet devices over fiber to ensure optimal data transmission.

This is important in large facilities—like retail stores and distribution centers—where attenuation (loss in signal strength as cable length increases) limits copper- Ethernet network coverage to 100 meters or less. Fiber has two benefits here: 1) low attenuation, meaning network coverage of kilometers instead of meters, and 2) no rise in attenuation as bandwidth increases, which means gigabit and ten-gigabit Ethernet connections are possible over greater distances, with lowerpower transmitters.

Businesses are converting to fiber in the horizontal for another reason—security. Because optical fiber is dielectric (doesn’t transmit an electronic signal), it can’t be monitored remotely—whereas spying on a copper-based Local Area Network (LAN) requires nothing more than a sensitive antenna. The design of fiber cabling also makes it quite difficult to tap into, and quite simple for a tap to be detected.

And, unlike copper, fiber is nonflammable—which may improve public 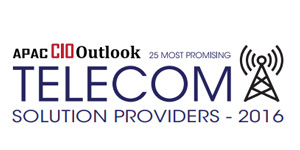 How enterprise tech startups and corporates can collaborate for innovation

How an Initiative for Standardization and Modularization Leads to Cost Reduction, Increased Efficiency-and Better Teamwork 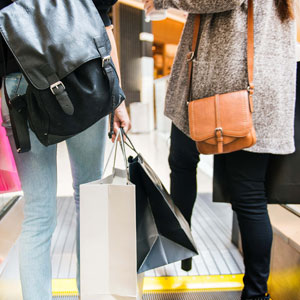 Fortifying the Retail Pardigm Amidst Uncertainities 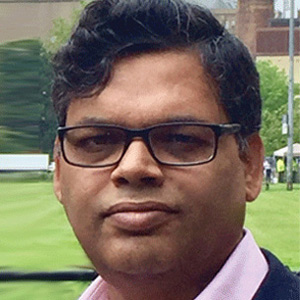